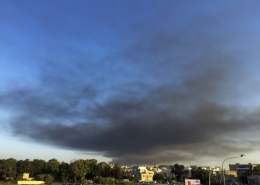 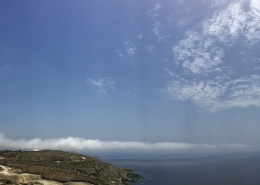 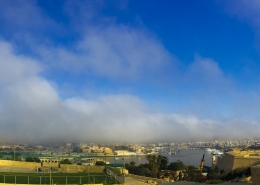 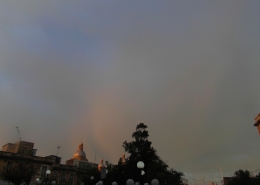 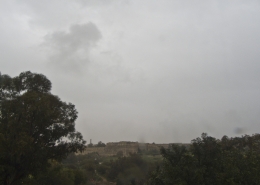 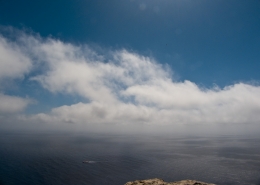 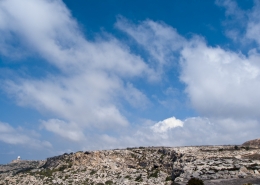 Stratus clouds at ground level on the higher hills of western Malta as seen from Valletta on the eastern side. This cloud was observed as the fog was lifting in an otherwise sunny Summer morning. The NE light wind caused the fog to pile up into such clouds as seen in the photo and first thumbnail. The fog itself was caused by a moisture-laden Northerly wind as per 3rd thumbnail. Since Malta is oriented from northwest to southeast as per Maltese topography map on the fourth thumbnail, the very hilly western side of the Island forced this humid wind to lift upwards under stable conditions causing such clouds to form from lifting fog. The Azores high, an oceanic sub-tropical anticyclone or high pressure typical of a Mediterranean Summer, was stronger than usual rendering the atmosphere even more stable. This widespread high pressure is clearly shown on the surface pressure chart of the second thumbnail. However, advection fog is still rare in a Maltese July.